Who doesn’t love 4th of July fireworks? And when you can combine that with some science fun that’s a total win in my book! It doesn’t matter if it’s the 4th of July or not, this science experiment for kids is sure to have them oohing and ahhhhing the same way they do when they watch real fireworks. The best part about these fireworks is that you don’t have to worry if it’s day or night time, or if it’s sunny or rainy outside. With this science demonstration you can bring the fireworks right inside your house. The best part is that you probably already have everything you need right in your kitchen! 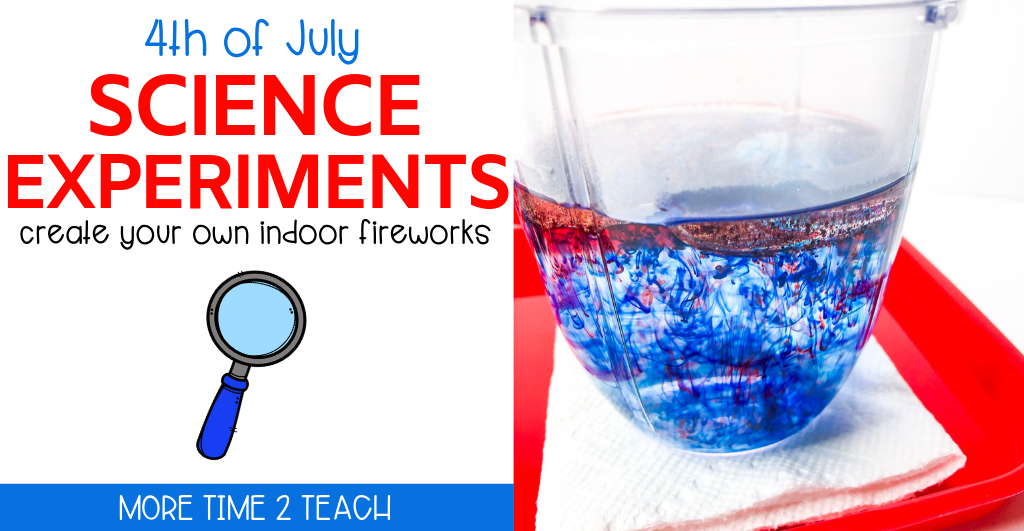 With this experiment, your kiddos will learn about density and the different properties of matter.

Density is a measure of the amount of matter or mass (weight) that can fit in a given space (volume). For example, let’s say you have 2 boxes of the same size on your kitchen table. One box is filled with ping pong balls while the other is filled with golf balls. Which of the 2 boxes do you think weighs more?

Chances are you said the box with golf balls… and you’re absolutely right!!!! Now, do you know why? It’s all because of density? You see, density is the amount of mass an object has relative to its size. That’s why although both boxes are the same size, the amount of mass for the box of golf balls is greater than the box of ping pongs. In other words, it is denser than the box stuffed with ping pong balls.

Materials with more density weigh more. As a result, liquids that have more density tend to sink while those that are less dense float or are buoyant. In this experiment, your kiddos will actually get a chance to see density in action when the vegetable oil (a low-density liquid) floats on top of the water (a higher density liquid).

WHY DOES DENSITY MATTER?

It’s important to understand density so that we are able to determine if something is going to sink or float when introduced to a liquid. This matters a lot if you need to build a raft to float across a river. It’s also an important property to understand when building items such as boats, airplanes, or even hot-air balloons. 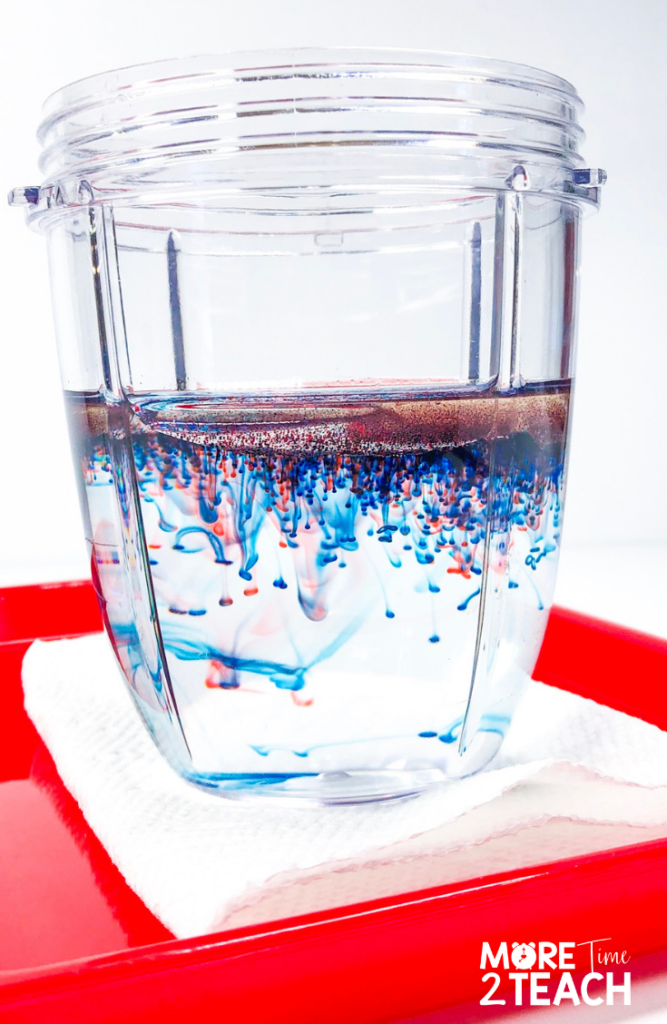 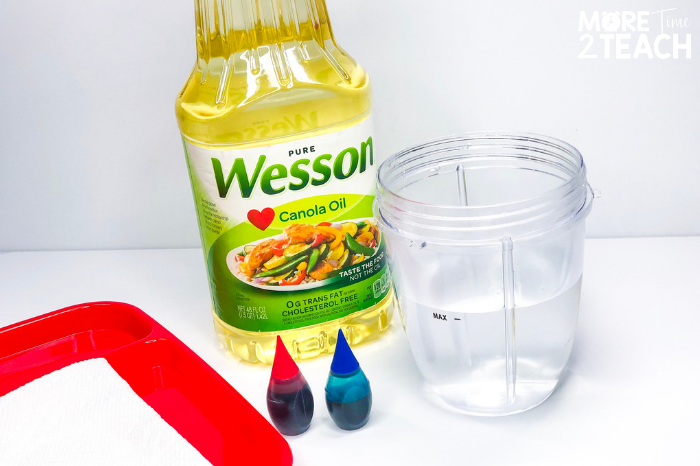 Next, place some cooking oil in a small container. For this experiment, I used 50 mL of vegetable oil. Then add 4 drops of each red + blue food coloring to the oil. 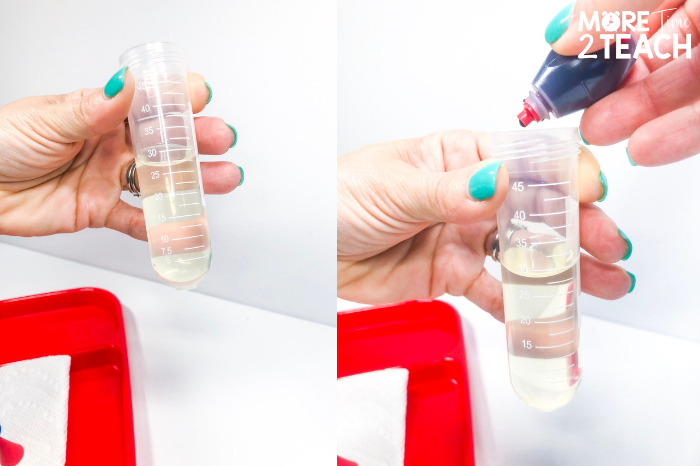 Mix the oil and food coloring. (You can use a spoon or shake it in a jar.) 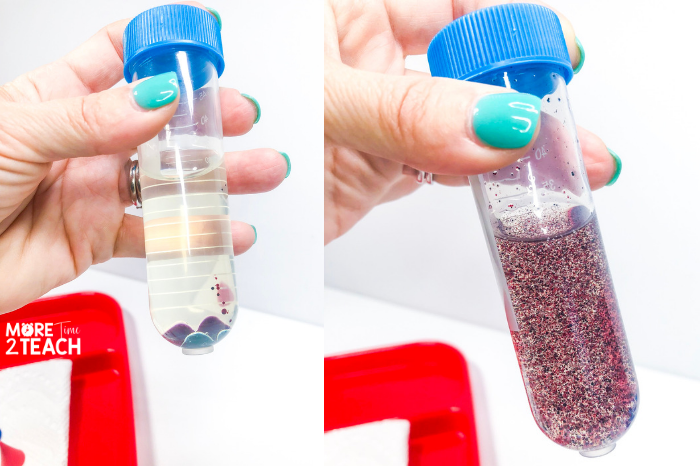 Then slowly pour the oil mixture into the water and observe what happens. 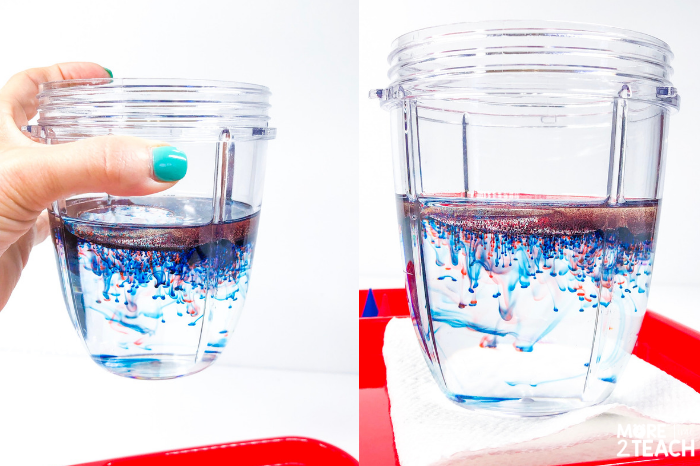 Eventually, the red and blue food coloring mix and make purple. (What a great lesson in combining colors too… Red and blue make PURPLE!) 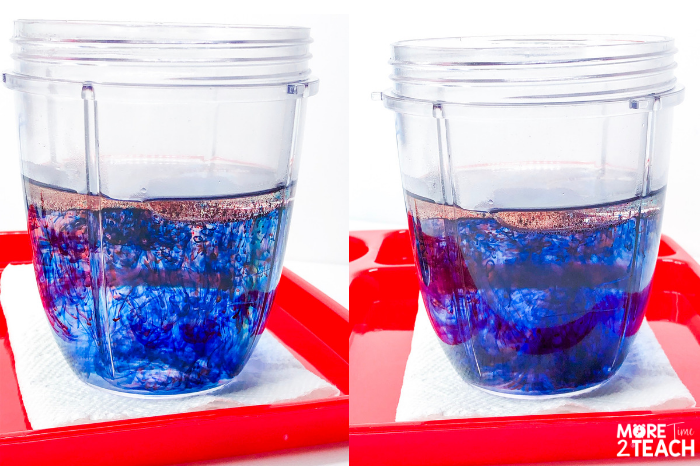 THE SCIENCE BEHIND WHAT HAPPENS

Although water and oil are both liquids, they do not behave in the same way. Because oil is less dense than water, when it is poured into water, the oil floats on top. The drops of food coloring also behave differently with the oil than with the water. If you think back to when you first mixed the oil and food coloring together, you’ll notice that the food coloring did not mix with the oil. It’s actually pretty cool to watch.

At the same time, when the oil and food coloring mixture is poured into the water, the droplets of color make their way past the layer of oil. This is because the drops of coloring are denser than oil. With time the red and blue drops dissolve into the water. This results in the water turning a purplish color. 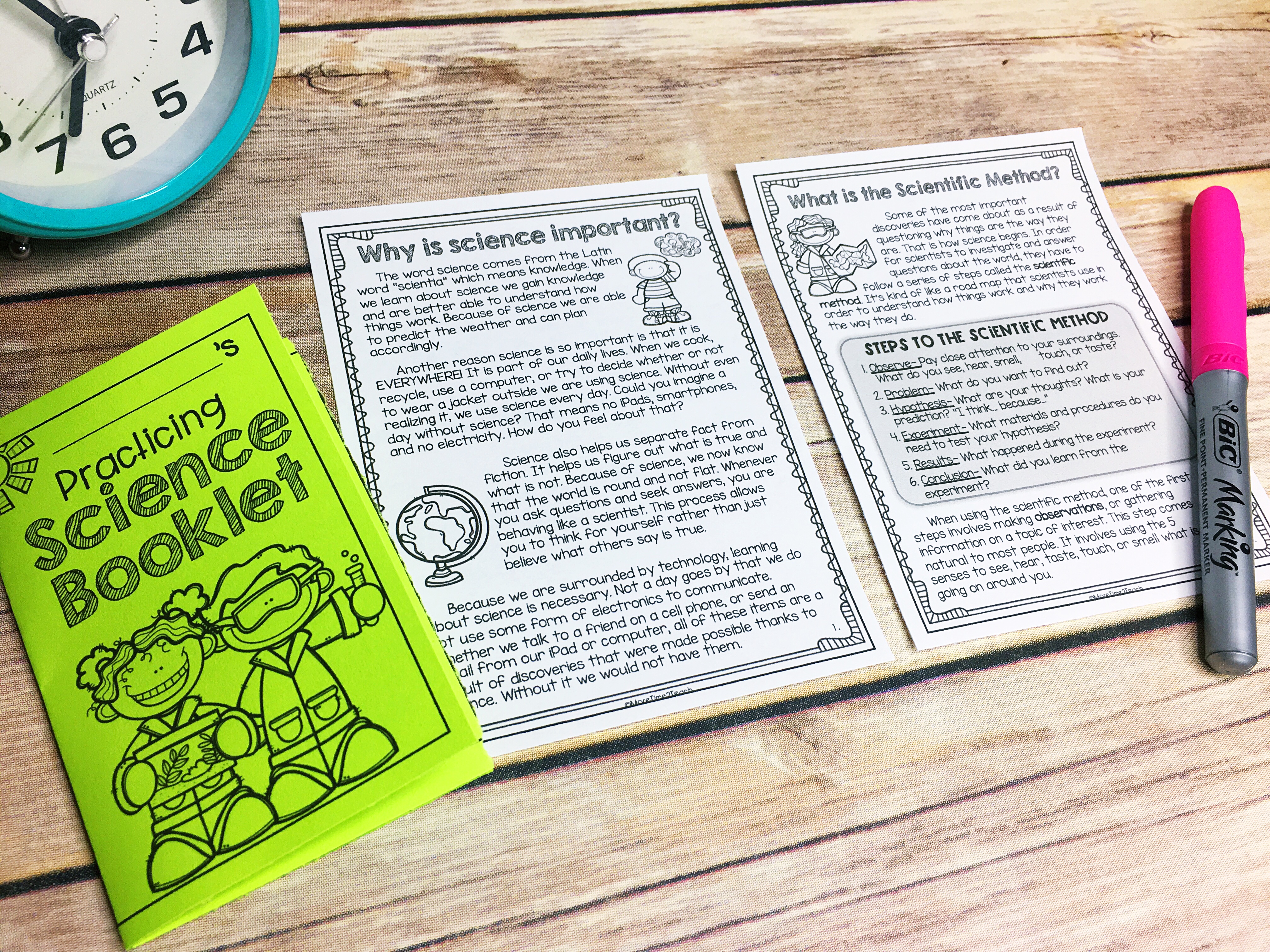 You can also visit these science-related posts to help you plan future science lessons.

Changing your kids thinking when it comes to pollution. 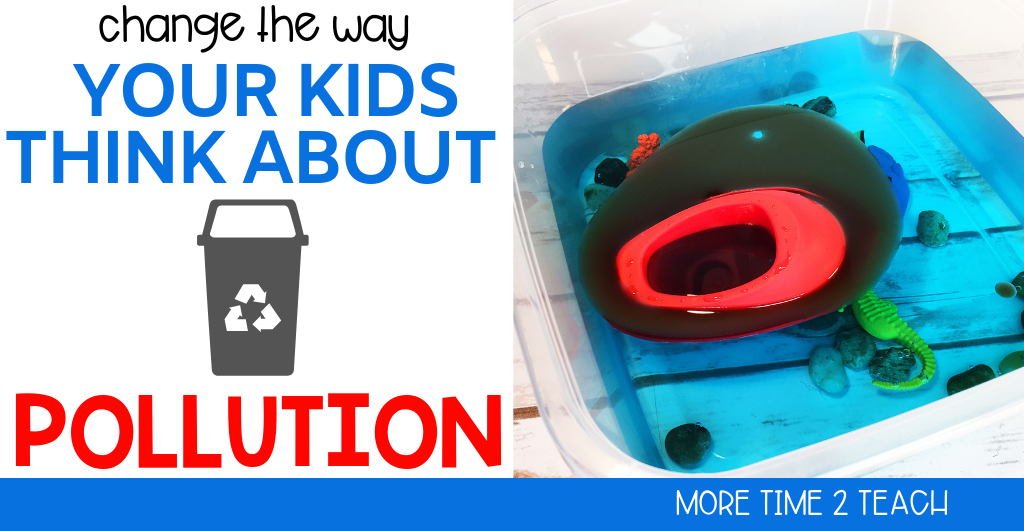 Kid-friendly read-aloud books to use during your plant unit. 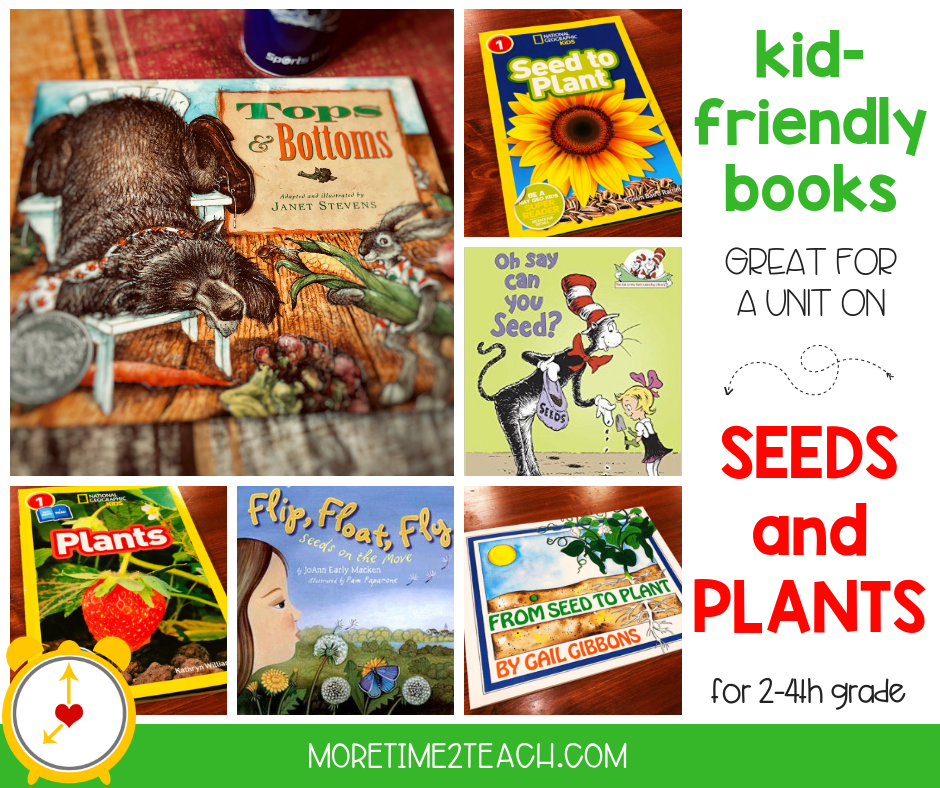 Videos to use throughout your plant unit. 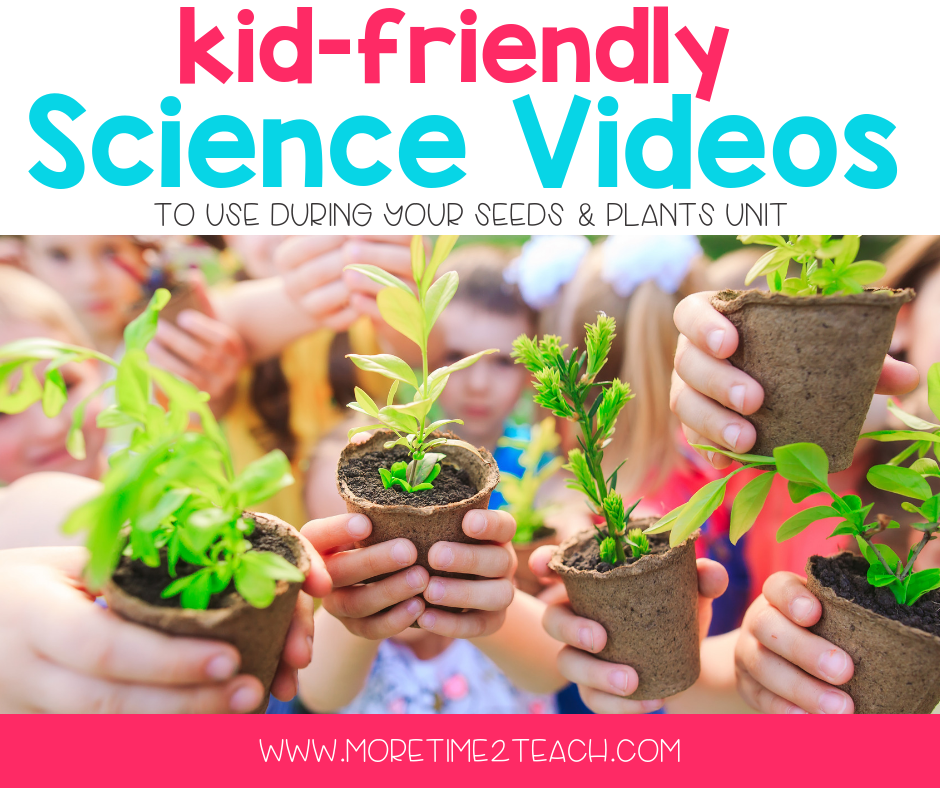 DIY lab coats for your kiddos. 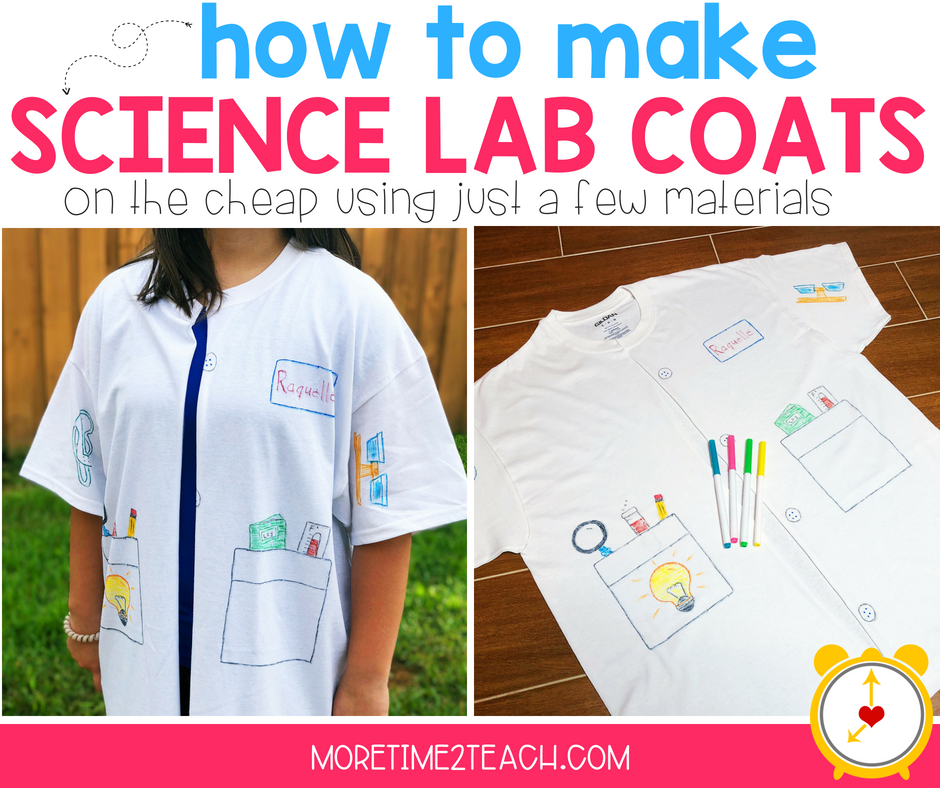 IF YOU LIKE THESE IDEAS, FEEL FREE TO PIN THE IMAGE BELOW SO THAT YOU CAN COME BACK TO IT LATER! 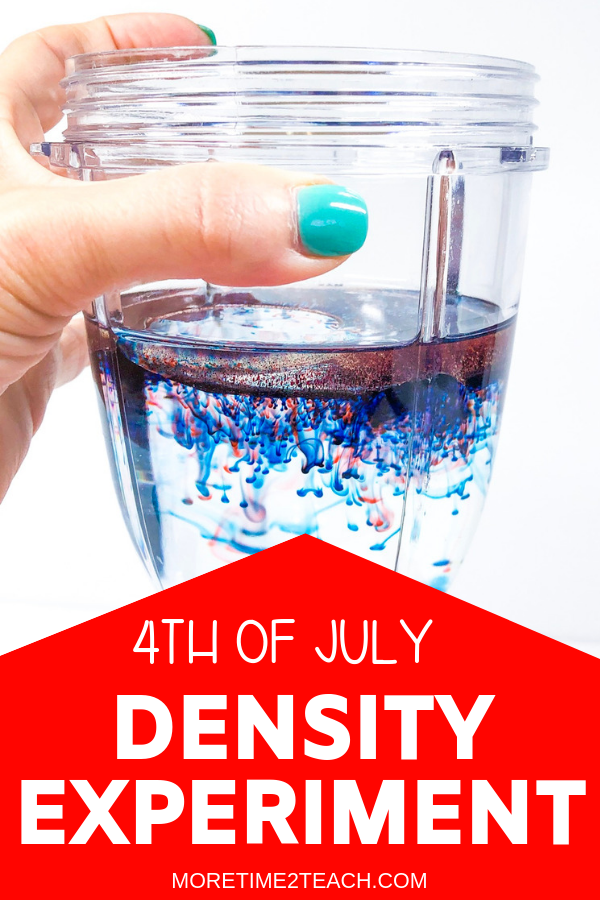 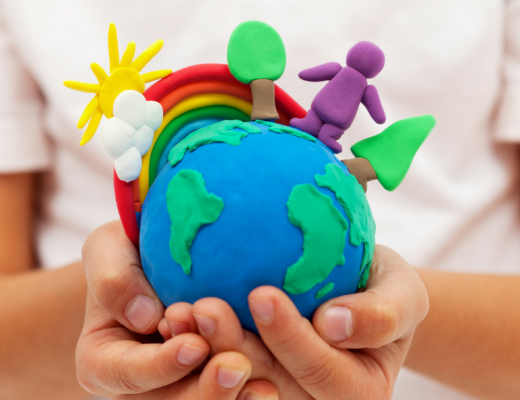 Earth Day: What are your plans? 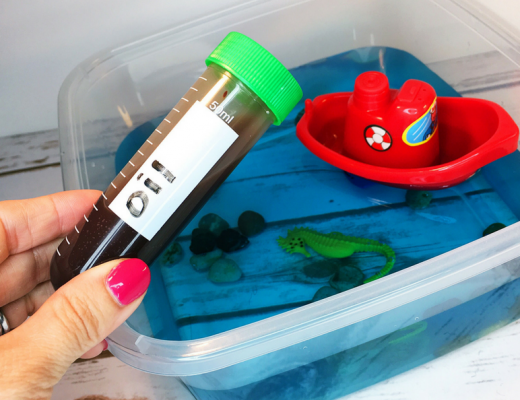 How to Completely Change the Way Your Kids Think About Pollution 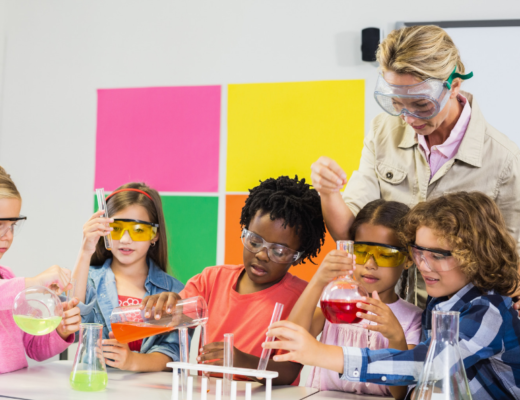 How To Teach Science Effectively