After what has seemed like an eternity, TS Isaac has passed and I am happy to say that we have not suffered ANY damage.  Although the media reported late yesterday that the worst of the storm had passed, it wasn’t until late last night and the early morning hours that I felt the worst of the storm upon us. At about 2:00AM last night, I thought there was a hurricane outside of our house trying to blow his way inside. Although I could not see anything, due to the shutters, I sure did hear the wind howling, the rain pounding on the shutters, and the thunder crashing.

Boy was I thrilled that I had NOT removed any of the shutters even though we were told that the worst had past.

All in all, though, I must say that I feel blessed and thankful that we dodged a bullet, didn’t lose power, and that I was able to catch up on some work. I am happy to say that thanks to not being able to leave my house for the past 48 hours, my 2012 Let’s Vote: Elections packet is finally complete! Woo hoo… 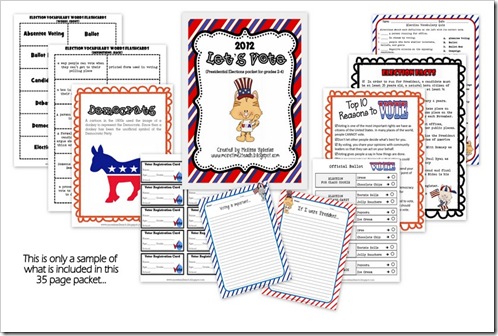 If you had to stay home for 48 hours what would you want to do? XOXO,