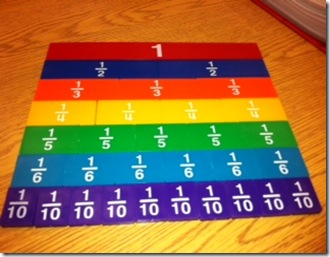 For the past few weeks my kiddos have been learning about fractions. They’ve used fraction bars with partners, on their own, and they’ve even created their own set of fraction bars from my Fractions Math Unit to attach to their math notebooks for easy reference. 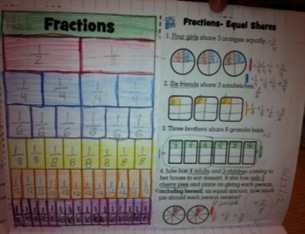 We’ve even manipulated  virtual fraction bars on the Smart Board thanks to the FREE website ABCYA.com! Click on the picture to be taken to the link. This resource is AMAZING to use when teaching whole class lessons. 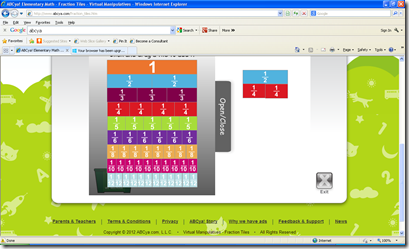 Last year I remember placing magnets on the back of my fraction bars and trying to use them on the board… What a headache! First of all, the pieces were too small for the students to really be able to see; and second of all, I had to deal with the occasional pieces sliding down the board. So thank goodness for these virtual fraction bars. Check them out, they will NOT disappoint! Soon after fraction bars we 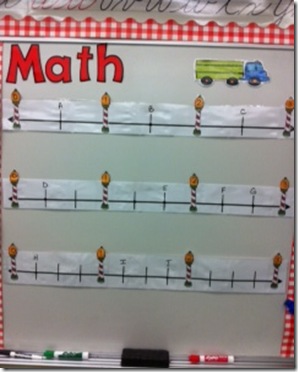 moved on to number lines. This is where my students struggled. Some of them just could not understand why certain number lines consisted of thirds and others fourths. Many of them would just count the number of lines between whole numbers and think that was the answer. So after numerous attempts at explaining how the number line was broken into segments, kind of like a chocolate bar can be broken into pieces, and even comparing it to cutting a Twizzler, I finally realized that my  students were not SEEING the segments. So, I decided to create my own version of a fraction number line for my Visual Learners that is also part of my Fractions Math Unit!  What I came up with was a set of 3 number lines ( half, thirds, and fourths) with magnetic shapes to represent the segments my students were struggling to “see”. 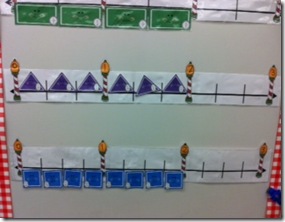 I began with the 1/2’s number line. I placed the shapes across the number line and asked my students how many shapes were between each whole number or (light post)…2… correct. I explained that since there were two shapes, or segments, between each whole number the number line consisted of halves or 1 out of 2. We then practiced labeling the fractions. Next, we moved on to thirds with the 3 triangles. I asked the same questions and we labeled the number line 1/3, 2/3, 3/3 or 1 whole. Finally, we worked on fourths with squares. I began to see the light bulbs going off in my students eyes. Yea, they were starting to understand! Next we 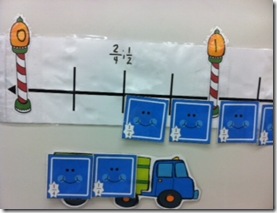 practiced driving a truck across the number line collecting fraction pieces to help them “see” mixed numbers and their relation to fractions greater than one. We practiced some more and little by little more light bulbs turned on :0)  The next day we worked with the same 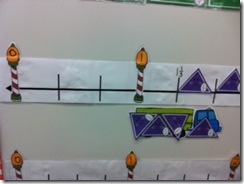 number lines, the only difference was that this time I did not use shapes and I placed random points on the lines. One by one I called my students up to identify the different points. They did GREAT… They had finally begun to see the light! Pats on the back for everybody! Halleluiah! Stay tuned for my next post where I’ll share with you my trick for Disco Dancing with Fractions… this is a HIT every year so you do not want to miss it! 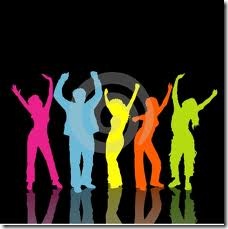 Do you have any tricks up your sleeves when it comes to fractions? I’d love to hear about them! Blessings to all, 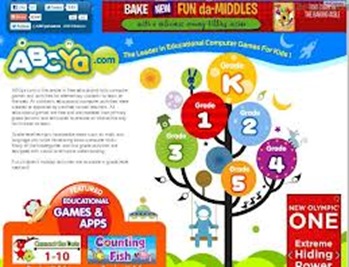 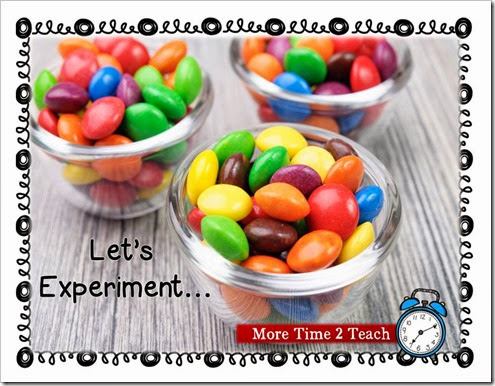 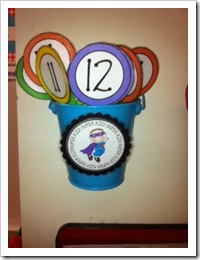